Pottstown, PA – December 17, 2012 | The Angel Tree Program by the Salvation Army allows volunteers to donate clothing and toys for children in need. Today, the Salvation Army picked up the collection of toys and gifts donated from PeopleShare for 40 different...

December 2012 | Congratulations to Suzanne Gleason, Branch Manager in King of Prussia, who was quoted in December 2012’s issue of Cosmo for the article “Innocent Mistakes That Blow a Job Interview”.a Job... 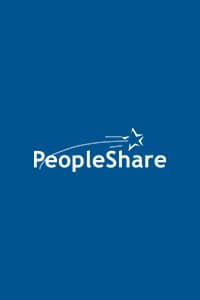 Jennifer joined PeopleShare in June 2020 as an On-site Recruiter

Collen joined the PeopleShare Pottsville location in June 2020 as a Recruiter.

Joseph “Joey” joined PeopleShare as a Recruiter in June 2020.

He has a Bachelor’s Degree from Towson University in Sport Management and a Minor in Business Administration.

Joey has a passion for sales and thoroughly enjoys helping others, he is eager to grow in his career and make an impact on the team!

She is a graduate of Elizabethtown College and has been in Marketing for 10+ years. Outside of work, Tara is a mom of two boys, loves to go outside for a  run and spending time with her family. 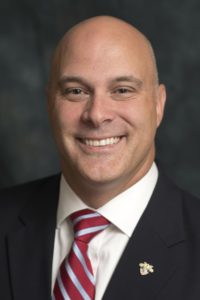 Chris Williams joined PeopleShare in 2019 as Senior Vice President for our newly acquired branches throughout the state of Virginia with the intent to grow and expand our presence within the region.

Chris comes to PeopleShare with over 18 years of experience in the staffing industry.  Prior to his current role, Chris worked for Bradley-Morris, the nation’s largest firm specializing in placing veterans into corporate careers.  There, he quickly advanced through a succession of roles of increasing scope and responsibilities including Recruiter, Branch and Regional Operations Manager, Director of Staffing, General Manager and Senior Vice President of Operations.

Chris entered the staffing industry after a successful career as an Army Aviation Officer.  During his time in the U.S. Army, he distinguished himself as a graduate of the Initial Entry Rotary Wing (Aviation) school, Airborne school and Air Assault school.

Chris earned undergraduate degrees in American Legal Studies and Systems Engineering from the United States Military Academy at West Point, where he was also a multiple varsity letter-winner and a member of the Dean’s list.  He is a member of the West Point Society of Hampton Roads and the Hampton Roads Society for Human Resource Management.  Chris currently resides in Chesapeake, VA with his wife Julia and their two sons, Anderson and Emory.

Jake joined the Allentown Optum Team in February of 2019 and consistently exceeded his goals. We are excited for his transition to the Allentown Branch and we know he will continue to deliver.

Jake is a graduate of Kutztown University with a Bachelor’s Degree in Psychology. Prior to joining PeopleShare, he worked as an Instructional Assistant in the East Penn School District. Jake also spent 5 seasons coaching football at Emmaus High School! 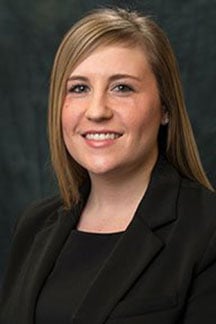 Jaclyn joined the Horsham team in February 2017, and she brings with her a great amount of experience in a service oriented, fast paced and deadline driven corporate retail environment. Over the year with her past company, Jaclyn grew from part-time support up to management. In her last role she was managing, handling sales and had built many skills including talent acquisition and professional communication.

Codey joined the PeopleShare Chambersburg team in November of 2017. He is a graduate of Saint Francis University with a Bachelor’s in English Literature and a MBA in Human Resource Management. His education and previous knowledge of recruitment and staffing combined with his passion to help others and drive to succeed are what makes Codey a real asset to our team. Codey was promoted to a Corporate Trainer in December 2019

Dalton graduated from West Liberty University with a degree in Psychology.  While attending college, you could find Dalton behind the plate on the baseball diamond, volunteering at the local animal shelter, and working with the youth at baseball camps.  Professionally, Dalton was the General Manager at Pittsburgh Popcorn. As the GM, Dalton was responsible for growing the business, hiring/developing his team, scheduling shifts, and improving the overall operation.  With his competitive background, experience with handling conflicts, and hardworking demeanor, Dalton will make a huge impact on the Green Tree area, candidates and clients.

Steve joined the Newport News Reliance team in 2019. He comes with 17 years of outside sales, and sales leadership experience in Hampton Roads. Steve has been a Hampton Roads resident since 1991, and is deeply invested in the growth and success of the Peninsula. A graduate of Christopher Newport university, Steve leads a dynamic team of individuals who specialize in finding companies quality candidates for light industrial, clerical, warehouse, customer service, and financial positions. He is active in the community, many charities, and has also been coaching Warwick Little League baseball for the last 5 years. Steve is also a proud member of the Poquoson Masonic Lodge.

Karina joined Best Practices in 2019 as Administrative Support/Front Desk Clerk. She has nine years of customer service experience, including call center, customer care, and data entry positions. She is reliable, dedicated and an extremely hard worker, with a personality that is friendly, helpful, and outgoing.

Shevy joined Best Practices as a Staffing Supervisor in 2017 and comes to the agency with many years of customer service experience. She is dedicated, reliable and eager to learn and she loves interacting with candidates and clients. Her co-workers describe her as witty, personable and punctual, and a great asset to the team!

Sydney is a recent graduate of West Chester University with a Bachelor of Science in Business Management. While in college, Sydney worked as a Marketing Associate for Judge Group. She has excellent customer skills and brings a ton of fresh ideas about marketing our brand to clients and candidates alike. Sydney was a 3 sport high school athlete and has a killer sense of urgency that is going to serve her very well in this role.

Jennifer is The President of The Greater Pottstown SHRM Chapter and is an active member of the KenCrest Business and Industry Council, and the Tri County Chamber of Commerce. Jen also was acknowledged as a contributor in 101 Hiring Mistakes Employers Make and How To Avoid Them by Richard Fein. Most recently she was named the District Director for the Northeast for SHRM’s Pennsylvania State Council.

George joined the PeopleShare Risk Management team in April 2019. He is a graduated of Pennsylvania State University with a Bachelors in Business Management, and has more than 25 years in the customer service industry. He prides himself on his passion for helping people find efficient solutions in a timely manner and is excited to be a part of the Risk Management team!

Rachel joined the PeopleShare team in March 2019 as a Junior Accountant. She holds a Bachelors in Business Administration and Marketing from Bloomsburg University and is originally from the Lancaster area. Prior to PeopleShare she worked at a restaurant technology company in the billing department, working with customers, in collections, and on project-based aspects of accounting. She is focused, prompt and has a very positive personality, which allows her to be excellent at her job. Outside of work, Rachel is very social, loves music and cooking.

Justin joined PeopleShare as a Recruiter in the Monroeville office. Prior to joining the team, Justin gained over nine years of recruiting and customer service experience in higher education. He is a graduate of Slippery Rock University of Pennsylvania with a Bachelor’s Degree and he also earned a Master’s in Business Administration with a Human Resource Management emphasis from South University. Justin is highly motivated to contribute to the success of the Monroeville branch by establishing strong relationships with his clients and utilizing exceptional customer service skills.

Fatima joined the PeopleShare team as a temporary employee in April 2019 as an on site recruiter and was quickly promoted to a permanent recruiter in June 2019. She has a solid background in office management and customer service and is a perfect fit for the on-site need we have with one of our largest on site clients.

Delmar has a background in property management and hospitality recruiting for 6 different hotels. He knows recruiting is the career path that fits him best and is excited to handle the variety of roles PeopleShare staffs. His previous experience has taught him to step in when things need to get done and to always go the extra mile. He is driven, energetic, and has that growth mentality we have been looking for.