Philadelphia, May 17th – PeopleShare today announced that David Donald and Ryan Clark are Ernst & Young Entrepreneur Of The Year® 2011 Greater Philadelphia Award finalists. According to Ernst & Young LLP, the awards program recognizes entrepreneurs who demonstrate excellence and extraordinary success in such areas as innovation, financial performance and personal commitment to their businesses and communities. David Donald and Ryan Clark were selected as a finalist from over 200 nominations by a panel of independent judges. Award winners will be announced at a special gala event on 15 June, 2011, at the Loews Hotel, Philadelphia.

PeopleShare is regional company that provides temporary and permanent staffing services in the tri-state area. Founded in 2005 PeopleShare now has eight offices in Pennsylvania, New Jersey and Virginia with more than 3,000 employees. “It is a great honor to receive this award from a global company with the reputation of Ernst & Young. When we started with 1 office in 2005 I don’t think we quite envisioned the success we have been fortunate enough to have”.

The Ernst & Young Entrepreneur of the Year Program celebrates its 25th anniversary this year. The program has expanded to recognize business leaders in more than 140 cities and more than 50 countries throughout the world.

Regional award winners are eligible for consideration for the Entrepreneur Of The Year National Award. Award winners in several national categories, as well as the Entrepreneur Of The Year overall National Award winner, will be announced at the annual awards gala in Palm Springs, California, on November 12, 2011. The awards are the culminating event of the Ernst & Young Strategic Growth Forum®, the nation’s most prestigious gathering of high-growth, market-leading companies, which will be held November 9–13, 2011. 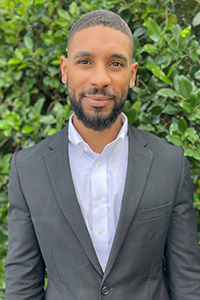 Christian joined PeopleShare as a Branch Manager for the Virginia Beach team. He graduated from Virginia Wesleyan College, earning his bachelor’s degree in business administration/management. Christian has five years of experience in management, customer service, sales, and leadership.

Before joining the PeopleShare family, Christian worked as a Branch Manager for North America’s top overall rental car company. This position allowed him to expand his operational management, sales, and employment development skills. He was honored to receive a champions award which is given to the top performing Branch Managers in the State. 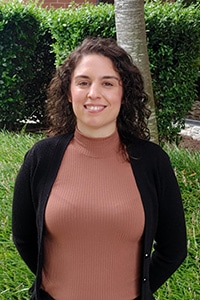 Brandi joined PeopleShare as a Senior Recruiter at the Chesapeake Branch in 2022. She has years of experience leading and developing teams in fast-paced environments.

Before recruiting, Brandi held leadership roles for multiple Retail Corporations. During her tenure as a retail manager, she developed strong interpersonal skills, the ability to source quality candidates, and a passion for helping individuals achieve their goals.

Brandi’s commitment to providing exceptional customer service and attention to detail will make her an asset to the PeopleShare Team.

Mili joined the PeopleShare STAR team in 2022 as a recruiter. She has over four years of experience in finance and three years experience in customer service. With her passion for people and enthusiastic approach, she is excited to continue building and developing relationships that will positively impact PeopleShare. 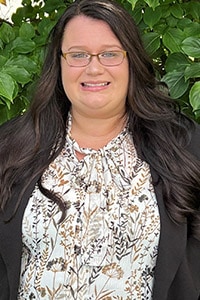 Meridith joined PeopleShare in 2022 as a Recruiter for the Special Talent Acquisitions Recruiters Team (STAR). Meridith has over 16 years of experience in the customer service industry. With over 12 years of combined restaurant and big box retail management. Meridith’s years of superior customer service, passion for her clients, and dedication to her team make her a valued asset to the STAR Team. 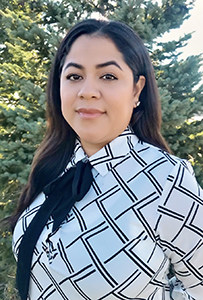 Jennifer joined PeopleShare as the Staff Manager for the Bolingbrook Branch in August 2022. She is currently enrolled at Rasmussen University for her degree in Human Resources. Jennifer was first introduced to staffing in 2008, over the past 14 years, she has obtained roles such as Coordinator, On-site Manager, Service Coordinator, and Branch Manager.

Jennifer finds staffing to be rewarding when building relationships with candidates and clients. Jennifer has developed strong teamwork skills; she brings a positive and motivating attitude. Her enthusiasm for always working towards growth and always wanting to learn more is what makes her an asset to PeopleShare.

Taylor Cooper joined the Pottstown team as a Recruiter. Taylor graduated from the Connecticut School of Broadcasting, where he gained great communication skills.

He has over 15 years of leadership/supervisory experience. In all roles, he focused on scheduling, recruitment, employee recognition, coaching, and performance management. 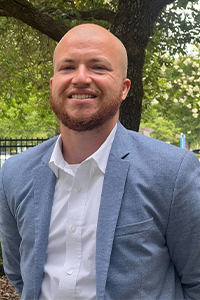 J.D. recently got promoted to Branch Manager in Suffolk. He started his career at PeopleShare as a Recruiter. He graduated from Radford University, where he obtained a bachelor’s degree in Business Administration with an emphasis on Management.

Before PeopleShare, J.D. was a constant top performer in the transportation industry, where he worked his way up to Flagship Branch Manager. J.D. brings multiple years of experience involving the full cycle of the hiring process. 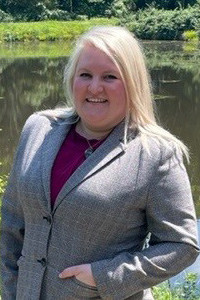 Brittany joined PeopleShare as a Staffing Manager for the Glen Allen Branch. She brings 17 years of customer service, management, and business development experience to the team.

Before joining the team, Brittany worked as a retail operations manager, corporate trainer, business developer, and improvement specialist. She was awarded for her dedication to Perpetuating Company Culture in Training and Development.

Brittany’s dedicated passion for people and results will ensure client and candidate satisfaction in her new role. 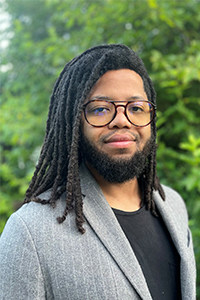