We are proud of the military veterans on our team, and we are committed to helping veterans find jobs to help further their careers. If you are a U.S. military veteran seeking employment, please click here to align yourself with PeopleShare and get access to our extensive database of job openings.

Although it pales in comparison to the contribution of our veterans, PeopleShare is proud to give back. For every veteran we place in employment, we donate $100 to an organization working to better the lives of veterans and the families of fallen soldiers. 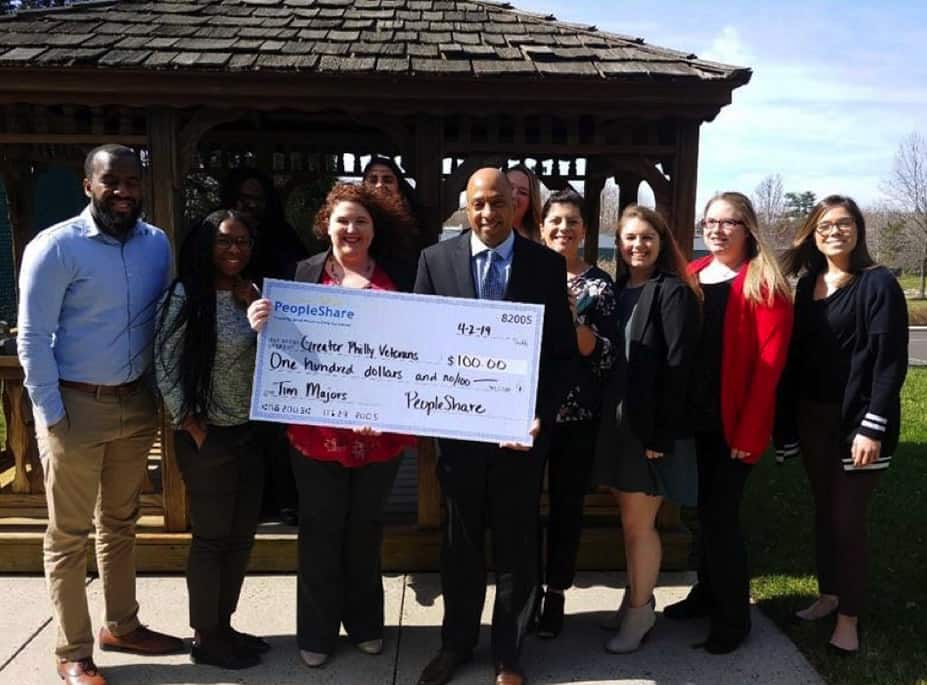 Tim was the first veteran to receive a PeopleShare Veterans Award. Before joining PeopleShare in 2018, Tim served in the United States Army as an Officer and was a Captain specializing in Military Intelligence. He worked for two years in South Korea and six months in Saudi Arabia. On behalf of Tim, PeopleShare donated to the Greater Philadelphia Veterans Network, a nonprofit organization staffed by veterans, that helps discharged and retired service members transition into civilian life. 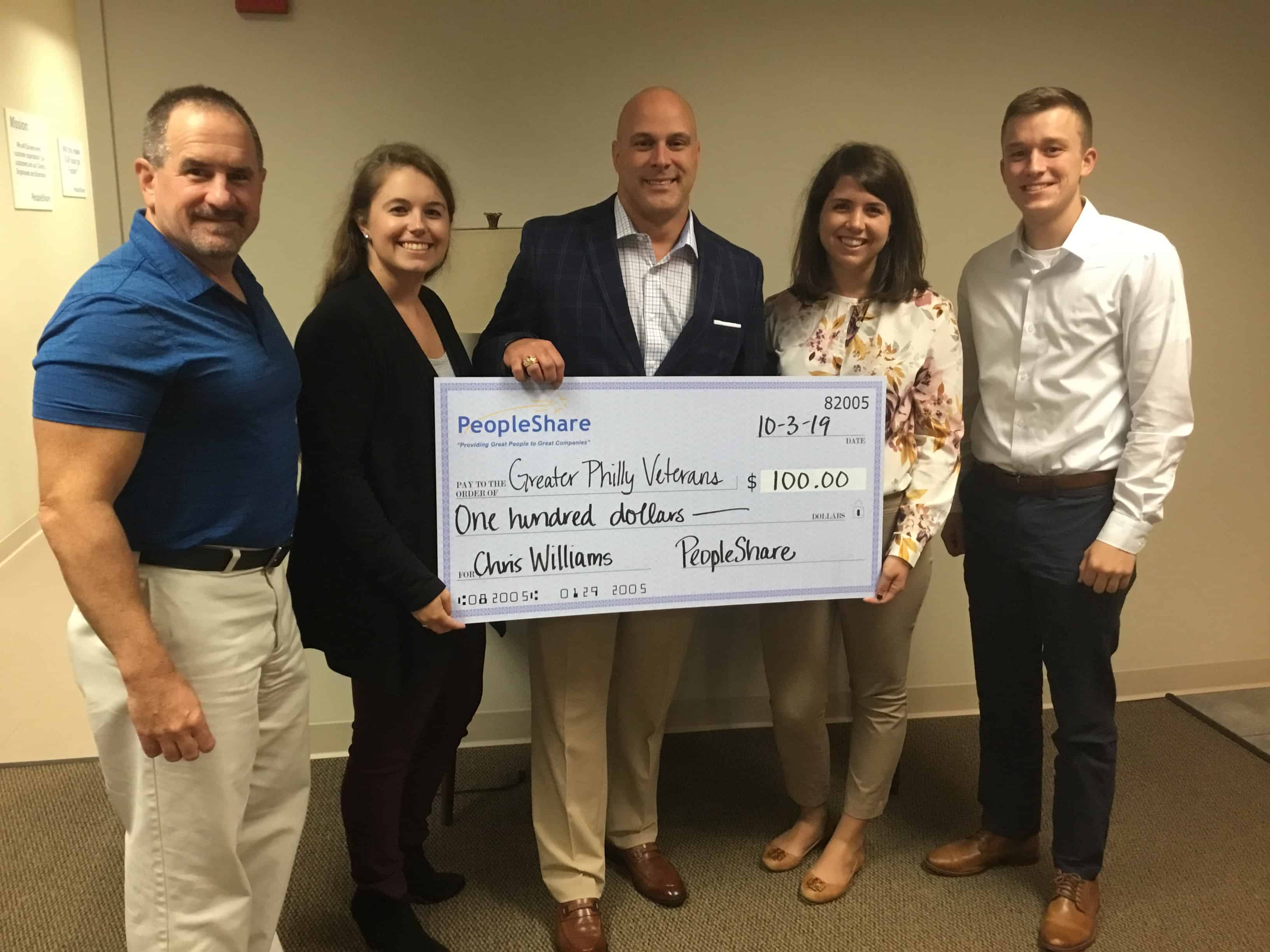 Chris attended West Point and had a successful career as an Army Aviation Officer. He is a graduate of the Initial Entry Rotary Wing School, Airborne school and Air Assault school. PeopleShare donated to the Greater Philadelphia Veterans Network on Chris’ behalf.